MLA Format vs APA Format: What Are the Key Differences?

You have a paper to write, and you know it will take hours. You don’t even want to think about the time you’ll spend figuring out how to format your paper.

Don't use plagiarized sources. Get Your Assignment on
MLA Format vs APA Format: What Are the Key Differences?
Just from $13/Page
Order Now

Fortunately, with this quick guide, you don’t have to. We’ll explain the key differences between MLA Format vs APA Format, including when and how to use each one.

MLA Format vs APA Format: Which One Should You Use?

MLA and APA are two of the most common formats for academic writing. While similar in some ways, though, they are not interchangeable.

MLA stands for the Modern Language Association. It makes sense, then, that writers in the arts and humanities use MLA format.

Meanwhile, writers in scientific disciplines use APA format. In fact, APA stands for the American Psychological Association, a professional group of social scientists.

Formatting Citations in MLA vs. APA

Citations—and the guidelines that apply to them—include internal citations and a list of citations at the end of your paper.

Internal citations, or in-text citations, appear in the body of your paper.

In both MLA format and APA format, you’ll place internal citations inside parentheses. Also in both formats, you’ll begin with the author’s last name.

In MLA format, you’ll include only the author’s last name and the page number where you drew your information. You’ll place these two items inside parentheses, and you’ll use no other punctuation inside the citation.

In APA format, you’ll again begin with the author’s last name. However, you’ll follow it with the year of publication and then the page number. Importantly, unlike MLA format, which uses no punctuation inside the internal citation, APA in-text citations separate each of these items with a comma. It also puts the abbreviation “p.” before the numeral.

Take the following example of an internal citation for the same source using APA format:

In both MLA and APA, you’ll list all of your sources on a separate final page in your paper. In both formats, you’ll double space this list.

MLA format calls this list of citations your Works Cited page. To begin formatting this page, you’ll center the words “Works Cited” at the top of your citations list.

Meanwhile, APA format calls this list of citations the References page. If you’re using APA, you’ll center the word “References” at the top of the page.

As with the internal citations, MLA and APA include much of the same information in the full citation entries. Yet they present that information differently.

Both MLA and APA begin with the author’s last name first. However, for a source with only one author, MLA provides the last name followed by the full first name. A comma separates the first and last names, and a period ends this part of the entry.

Take the following example for a source with only one author:

Take the following example for a source with two authors:

Finally, for a source with more than two authors, MLA again begins with the first author. It then uses the abbreviation “et al.,” which means “and others,” for the remaining authors.

Take the following example for a source with three or more authors:

Notice the additional comma between the author’s first name and the abbreviation.

When presenting your sources, APA likewise begins with the first author’s last name. In APA, however, only initials follow the full last name.

For sources with one author, you would simply type:

For sources with two to twenty authors, you would include this information in this order for all authors. Take the following example for a source with two authors:

Notice that a comma separates the last names from the first initials, and a period follows each initial. An additional comma and an ampersand (&) instead of the word “and” separates the two author’s names.

Title of the Work

The Joy of Writing.

The joy of writing.

As before, a period ends this part of the entry in both MLA and APA formats.

The publisher and year of publication round out a basic citation entry in MLA and APA formats.

MLA simply adds this information after the title of the work. A basic MLA citation would look like this: 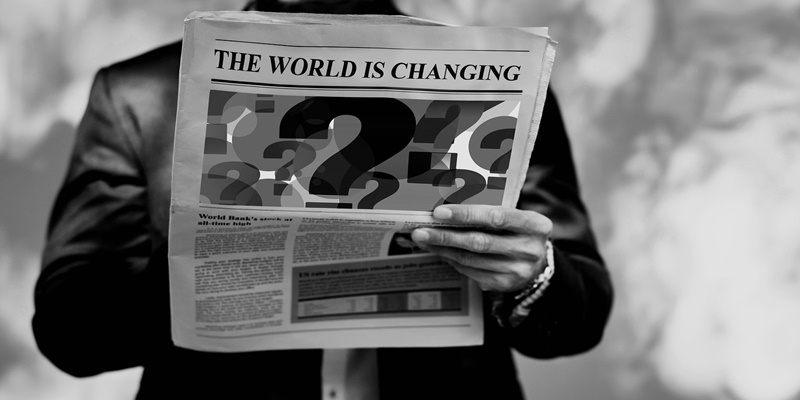 MLA vs. APA: Other Scenarios and Other Key Differences

The above guide introduces the basic format for citations using APA and MLA. Each format accommodates other scenarios—including different types of source materials—with variations in the above guidelines.

For example, APA requires a title page with your name, the title of the paper, and your institution. MLA does not require a title page. Instead, it requires a header in the top left corner of the first page. This header includes your name, your teacher’s name, the class name, and the date. The date takes the format of DD Month YYYY. The title of the paper appears centered below this header.

Another difference addresses section headings. If your paper includes headings and subheadings, APA requires that they follow a particular format. MLA, meanwhile, does not specify a format for section headings.

MLA and APA: They Both End in “A,” and so Can Your Paper If You Follow These Guidelines

Now that you know the key differences between MLA vs. APA, you can use the best style for your assignment. And you can format your paper properly.

If you need an extra set of eyes to double-check your work—including the formatting and writing, our expert editorial team can help.

Maybe that’s not enough though. Maybe you need more than proofreading. You need help writing your paper.

Instead, we offer bonuses, discounts, and free services to make your experience outstanding.
How it works
Receive a 100% original paper that will pass Turnitin from a top essay writing service
step 1
Upload your instructions
Fill out the order form and provide paper details. You can even attach screenshots or add additional instructions later. If something is not clear or missing, the writer will contact you for clarification.
step 2
Control the process
Once you place an order with our professional essay writing services, we will email you login details to your account. There, you'll communicate with the writer and support team and track the writer's progress.
step 3
Download your paper on time
As soon as your work is ready, we’ll notify you via email. You'll then be able to download it from your account and request a revision if needed. Please note that you can also rate the writer's work in your account.
Pro service tips
How to get the most out of your experience with Homework Writing Services
One writer throughout the entire course
If you like the writer, you can hire them again. Just copy & paste their ID on the order form ("Preferred Writer's ID" field). This way, your vocabulary will be uniform, and the writer will be aware of your needs.
The same paper from different writers
You can order essay or any other work from two different writers to choose the best one or give another version to a friend. This can be done through the add-on "Same paper from another writer."
Copy of sources used by the writer
Our college essay writers work with ScienceDirect and other databases. They can send you articles or materials used in PDF or through screenshots. Just tick the "Copy of sources" field on the order form.
Testimonials
See why 20k+ students have chosen us as their sole writing assistance provider
Check out the latest reviews and opinions submitted by real customers worldwide and make an informed decision.
Human Resources Management (HRM)
Adequate.
Customer 462499, May 21st, 2022
MGMT 221 Introduction to Management Information System
Thank you!
Customer 457731, February 2nd, 2022
Psychology
GOOD REVISION.
Customer 462815, April 20th, 2022
Entertainment & Gaming
Great work.
Customer 452441, April 29th, 2022
Business
Good work. Looking foward to future contributions.
Customer 463463, October 29th, 2022
Military
good job
Customer 456821, January 5th, 2022
Political science
Avoid minor revisions; be sure of instructions.
Customer 454483, April 6th, 2022
Business and administrative studies
Great effort.
Customer 458115, May 2nd, 2022
Computer science
Excellent.
Customer 462387, April 4th, 2022
Business and administrative studies
GOOD work.
Customer 463105, June 27th, 2022
Communications
Nice. Be keen on instructions.
Customer 462787, April 1st, 2022
Marketing
Great quality work
Customer 462481, February 17th, 2022
11,595
Customer reviews in total
96%
Current satisfaction rate
3 pages
Average paper length
37%
Customers referred by a friend