Summary and Notes: The Leviathan by Thomas Hobbes 2022- The Perfect Guide

The Leviathan was written and published in 1651 by Thomas Hobbes. It presented his philosophical and political beliefs about different forms of government. Thomas Hobbes’s Leviathan’s main ideas included the commonwealth, the nature of man, religion, and the kingdom of darkness.

Don't use plagiarized sources. Get Your Assignment on
Summary and Notes: The Leviathan by Thomas Hobbes 2022- The Perfect Guide
Just from $13/Page
Order Now 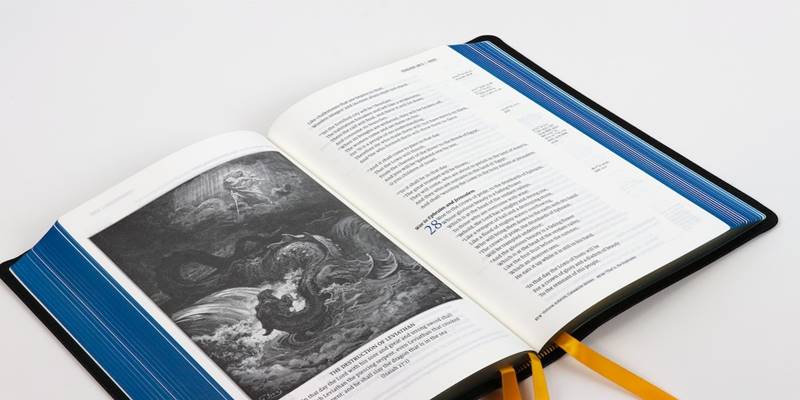 Hobbes wrote the Leviathan in an attempt to explain the reasons a commonwealth could govern men. He established the best way this government could accommodate its citizens was through protection from outsiders. Thomas Hobbes leviathan analysis is divided into four sections, as illustrated below.

1. The Nature of Man

Hobbes believes the commonwealth has no power without the “artificial man. “He began his arguments on a basic level identifying that man exists in the external world as a reactive creature. Hobbes explained that man senses objects and is driven by the different motions of the world. This leads the man into constant insatiable wants and desires that result in a state of war.

Thomas Hobbes further illustrated that men live in constant fear as “anyone can kill anyone”. Their main goal is to protect their lives the best way they can in their rational capacities. They decide to establish a commonwealth with the power to protect all men. Hobbes concluded that a commonwealth or state is created with the primary goal of saving people’s lives.

Hobbes goes on to explain the citizen’s obligations to the Commonwealth. He illustrates that the monarchy is the best form of government since it is adequate to protect the people from outside invaders. Hobbes explains that other forms of government are not strong enough to offer protection to citizens.

In Leviathan, Thomas Hobbes illustrates that a citizen’s duty to the commonwealth is to demonstrate total sovereignty. The commonwealth is created to preserve all men, thus requiring them to provide full service and commitment. Hobbes explains that any man has the choice to leave the commonwealth if they consider it too oppressive. He holds that this is the worst decision as outside the commonwealth there is no justice, right or wrong, and one has to keep defending himself.

3. Religion and the Christian Commonwealth

Thomas Hobbes also focuses on explaining whether obedience to sovereign authority meant obedience to divine power. He explains there is a conflict between divine and civil laws since men falsely believe God is present in the world.

As per Hobbes, God’s kingdom exists outside the natural world, although some people claim to have access to the divine. He explains that members of a commonwealth do not subscribe to a religious authority since God’s kingdom is supernatural and he has no representative. Hobbes concludes that the only power that exists for man is sovereign.

In a careful interpretation of the scripture, Thomas Hobbes claims there is no eternal soul that gets rewarded or punished eternally in heaven or hell. He concludes that it is key to worship God by obeying civil laws and maintaining faith in him.

4. The Kingdom of Darkness

Hobbes paints a picture of human life if not lived as per the principles he has explained. He identifies this state as the kingdom of darkness and explains that it is not “hell,” as illustrated in religion. Hobbes identifies this as a life full of manipulation by others.

In the Leviathan, Hobbes argues that the primary cause of “spiritual darkness” is the false belief that God’s kingdom exists on earth. He attacks Aristotle’s essentialism philosophy for perpetrating the falsehood that God’s kingdom exists in the natural world. Hobbes argues that essentialism supports the belief in immaterial spirits and eternal souls, which is inaccurate.

Throughout the Leviathan, fear is present in Hobbes’s analysis of religion and his arguments regarding the creation of commonwealth and the state of nature. Hobbes illustrates that humans live in a state of fear driving society. He believes that fear preserves a commonwealth after it has been created.

Hobbes identifies that fear is a motivating force that brings people together. The fear of attack by outsiders brings citizens together to create a commonwealth that offers protection.

This is a central theme in Leviathan since the title has a religious reference. Leviathan is a sea creature from the book of Job whose image is used in Christianity as a metaphor for the power of people uniting as one.

Hobbes is critical of all forms of religion, and his views earn him the title of an atheist. He, however, contends that faith is essential in any commonwealth as it brings order. Hobbes insists that God’s Kingdom does not exist in the natural world since no one can confirm communicating with him.

While Thomas Hobbes outlines multiple types of commonwealths, he argues that the monarchy is the best commonwealth. He goes on to say that in democracies and aristocracies, it is common for leaders to increase their “private fortunes” at the expense of everyone’s prosperity.

In Leviathan, Hobbes makes it clear that in a monarchy, the private interest is the same as that of the public. The power, riches, and honor of a monarch arise from the strength and reputation of the citizens.

In Leviathan, Thomas Hobbes expresses his beliefs regarding different types of government and the people. He identifies a monarchy as the best commonwealth since its riches and power depend on its subjects. Thomas Hobbes Leviathan summary presents different themes including religion, fear, and control.

At My Homework Writers, we write quality summaries and provide examples of quality text and book summaries. Our expert writers have experience writing book summaries that capture all the main ideas and themes. Place an order today!

Instead, we offer bonuses, discounts, and free services to make your experience outstanding.
How it works
Receive a 100% original paper that will pass Turnitin from a top essay writing service
step 1
Upload your instructions
Fill out the order form and provide paper details. You can even attach screenshots or add additional instructions later. If something is not clear or missing, the writer will contact you for clarification.
step 2
Control the process
Once you place an order with our professional essay writing services, we will email you login details to your account. There, you'll communicate with the writer and support team and track the writer's progress.
step 3
Download your paper on time
As soon as your work is ready, we’ll notify you via email. You'll then be able to download it from your account and request a revision if needed. Please note that you can also rate the writer's work in your account.
Pro service tips
How to get the most out of your experience with Homework Writing Services
One writer throughout the entire course
If you like the writer, you can hire them again. Just copy & paste their ID on the order form ("Preferred Writer's ID" field). This way, your vocabulary will be uniform, and the writer will be aware of your needs.
The same paper from different writers
You can order essay or any other work from two different writers to choose the best one or give another version to a friend. This can be done through the add-on "Same paper from another writer."
Copy of sources used by the writer
Our college essay writers work with ScienceDirect and other databases. They can send you articles or materials used in PDF or through screenshots. Just tick the "Copy of sources" field on the order form.
Testimonials
See why 20k+ students have chosen us as their sole writing assistance provider
Check out the latest reviews and opinions submitted by real customers worldwide and make an informed decision.
Other
Good admission essay.
Customer 462797, April 4th, 2022
Psychology
Good job.
Customer 453707, May 8th, 2022
nursing
Always edit in Grammarly.
Customer 462635, April 8th, 2022
Business and administrative studies
As I expected.
Customer 460551, December 15th, 2021
Food & Nutrition
Work excellently done Looking forward to working with you again.
Customer 463463, November 4th, 2022
Technology
Thank you for doing a great job. I really am glad that you did not use someones else work like the first person who did this did. Awesome job. Because of this I will continue to use this site!
Customer 454345, June 2nd, 2020
Military
good job
Customer 456821, June 11th, 2022
English 101
Impeccable output.
Customer 462717, April 20th, 2022
Military
Great.
Customer 456821, June 26th, 2022
Business and administrative studies
Commendable work.
Customer 453375, April 28th, 2022
Human Resources Management (HRM)
Good job.
Customer 462499, June 11th, 2022
Business and administrative studies
Excellent analysis.
Customer 459667, April 2nd, 2022
11,595
Customer reviews in total
96%
Current satisfaction rate
3 pages
Average paper length
37%
Customers referred by a friend