Great tricks on how to write a hypothesis in 2022

A hypothesis is a statement that can be proven by scientific research. It proves the theory of action and reaction, i.e. if I act, then there is an expected outcome for that action. This is the most basic principle of any scientific work or project. Built on the information, data, and facts gathered, a hypothesis showcases your expectations of an experiment.

Don't use plagiarized sources. Get Your Assignment on
Great tricks on how to write a hypothesis in 2022
Just from $13/Page
Order Now

In this article, we will go over how to write a hypothesis, its different types, and ways on how to write one. Having the proper structure of writing a hypothesis makes it very easy to create one.

A hypothesis is a proposed statement made based on the reason that is subject to more investigation. A primary research question is modeled into a rational prediction based on existing facts and proofs. Sometimes you may need to write different hypotheses to answer different aspects of your research question.

To find a solution to a certain problem one should ascertain the research problem/question, do some preliminary research, and start to find the research answers by conducting experiments and noting the outcomes. Before experimenting, the scientist must try to predict the expected outcome.

Some academic papers may require you to create a hypothesis. Hypothesis-based methods are mainly used in scientific abstract works, dissertations, theses, and research papers.

Characteristics of a good hypothesis

Since we have established what a hypothesis is. Let us find out what characteristics a good hypothesis must possess;

Sources of a hypothesis

Two broad categories of hypotheses exist, that is: alternative and null.

An alternative hypothesis is denoted as H1. This hypothesis statement depicts the most probable conclusion of your investigation. We can further classify this type of hypothesis into:

It shows the researcher’s commitment to a particular outcome. This sort of hypothesis makes a study of the correlation between variables rather than make a comparison.

It is a statement that a relationship exists between two variables without predicting the exact course of the probable outcomes from the relationship.

This type of hypothesis is normally denoted as H0. It is a statement that states a contradiction of the expected outcome of your research or study. Hence, it is contradictory to your substitute hypothesis. It is a negative statement depicting no relationship between the dependent and independent variables.

You will note that these two types of hypotheses offer specific interpretations and reiterations of the study. A hypothesis summarizes the context, scope, and direction of the study.

The alternative and null hypotheses are the major ones. However, there are a few more types;

The former hypothesis arises when there is a change in one variable resulting in a change in another variable. A casual hypothesis proposes a domino effect on the relationship between variables.

Also known as a working hypothesis, it is most applicable when a theory is put to test, using observation or an experiment. For example, hungry parrots find their way out of a cage faster if the food is outside the cage.

An appropriate hypothesis format has to combine a few elements that come in handy to create a valid hypothesis. Researchers might build a hypothesis from a certain theory or existing research.  The formulation of a hypothesis requires you to ask yourself the following questions;

Do some back-ground research before coming up with a specific hypothesis. Once you are done with your literature review, ruminate over some of the questions you might still have.

To easily learn how to make a hypothesis, you should take the following steps;

How to write a hypothesis

Now that we properly defined the term hypothesis in the earlier sections of this article. We will move forward and look at how to write an actual hypothesis. This where the rubber hits the road. We will need to include the tips learned in formulating a hypothesis to be able to write one:

1.       Ensure your research question is defined

It is already apparent; a hypothesis is an educated guess of the predictable result and outcome of an analysis. Hence, it is important to collect all the information you can on the said supposition.

At this point, the answer to the research question under interrogation should be based on previous discoveries. Create a logical and educated guess from findings in facts, past studies, existing theories, etc.

From your initial research, there should be an idea of the findings to expect throughout your research. Develop a clear and brief hypothesis, from this information.

From all the information given so far in this article, you ought to be capable of easily creating a hypothesis. Below is a list of research questions each answered by a hypothesis and a null hypothesis. 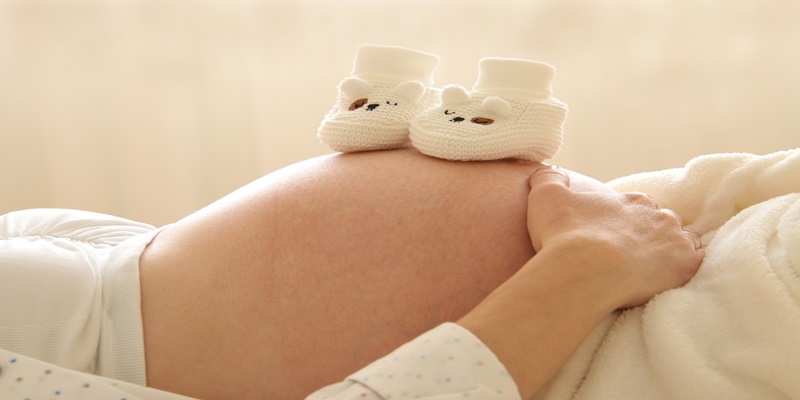 The relationship between hypothesis and prediction

A hypothesis is an explanation for why a specific event is happening. Scientists use the scientific method when creating and testing a hypothesis through experimentation.

Let us have a breakdown of the difference between hypothesis and prediction in a simple table;

Hypotheses could come in different forms from simple hypothesis to statistical hypothesis, the independent and dependent variables to be tested are always defined. Scientifically, a prediction is an expectation of an outcome of your experiment. This would be the easiest way to properly define what a prediction vs. hypothesis entails.

Theory and hypothesis can be mistakenly used interchangeably. In scientific terms, these two words have completely different meanings. A scientific theory is an explanation for natural occurrences or scientific irregularities generally accepted and supported by data.

The purpose of a theory is to establish a universal principle that clarifies certain phenomena.  Theories could be used to make predictions about unknown aspects of the natural world. However, a theory is not a prediction.

Examples of well-known theories include;

Differences between hypothesis and theory

A hypothesis is made as an educated guess that relies on observation or experimentation after the proposition of a certain prediction. A hypothesis may be proven true or false from the outcomes of an experiment.

A theory on the other hand is an obtained and validated explanation of certain phenomena. Theories rely on tested and corroborated data, and the theories are agreed upon to be true. Theories are however impeachable.

A hypothesis does not become a theory until it is proved and verified. Anything taken for granted (not proven) is an assumption. A hypothesis is hence at its best a working assumption.

As a student, you will be required to create hypotheses, especially for scientific research and projects. Asking the ‘right questions’ is an invaluable skill for anyone working in the field of science. To get a really good grasp on how to write a good hypothesis, remember; the characteristics of a good hypothesis, the different types of hypotheses, and the formulation of a hypothesis.

Why Choose Our Assignment Writing Services

We aim at 100% customer satisfaction. As such, we never compromise on the quality of our assignment services. Our homework helpers craft each paper carefully to match the requirements on the instruction form.

We receive many applications from writers around the world daily. Nevertheless, we only choose the cream of the crop to tackle your “help with homework” requests. Hence, our homework helpers are highly-qualified individuals who maintain our quality policy.

We maintain a fair pricing policy for all our homework help services. Our pricing system generates quotations based on the requirements of each paper.

At My Homework Writers, we guarantee all students swift delivery of their assignments. We understand that time is an essential factor in the academic world. We, therefore, ensure that all assignments are delivered on or before the agreed deadline.

We maintain a zero-plagiarism policy in all our essay papers. Our assignment writers stick to the students’ instructions to deliver plagiarism-free papers. We are also keen to avoid any chance of similarities with previously written papers.

We understand that you might run into trouble once in a while when working with our system. In the event that you do run into trouble, please get in touch with our support agents and they will immediately provide you with assistance.

Feel free to contact us via the Chat window or email: support@myhomeworkwriters.com.

Follow these simple steps to get your homework done

2). Proceed with the payment

You will be able to track the progress of your paper from our system.

Myhomeworkwriters website holds a reputation for providing high-quality assignment writing services. You only need to give us all the requirements for your “do my homework” order, and our homework paper writers will give you the best results.

We have highly qualified essay writers to assist you whenever you place in "help with my homework" order. Our essay writing service is designed to help students get good grades.

Our team of professional editors will help you organize your paper, paraphrase it, and eliminate any possible mistakes. Also, we will help you check on plagiarism to ensure that your final paper possesses quality and originality.

My homeworkwriters harbors specialists who can handle your technical papers order. Our “write my homework” services cover all academic areas you can think of. The simplicity or complexity of the paper does not affect the quality of assignment writing services.