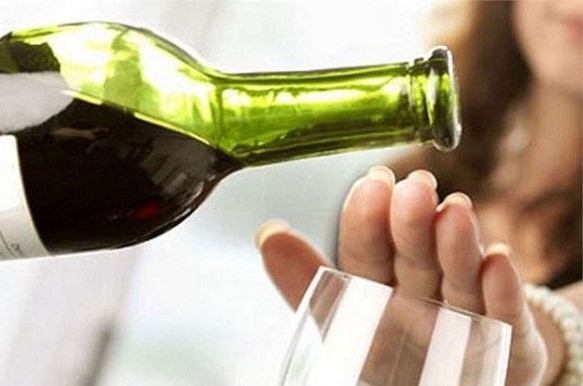 Don't use plagiarized sources. Get Your Assignment on
A Descriptive Essay on Teenage Alcoholism– Assignment Sample
Just from $13/Page
Order Now

You have probably been offered alcohol by a friend encouraging you to take at least a sip of it. That’s how alcohol drinking starts in most of the teenagers, usually from the age of 13. Alcohol drinking makes a teenager feel so good; this, however, does not last for a long period. In the society, most of the teenager’s drink on a regular basis. Alcohol consumption leads to a lot of problems. It tends to cloud in the brain of the consumer thus hindering them from making decisions on their own. Also, excessive drinking makes the brain shrinks and with time, it can cause a serious and permanent damage.

Furthermore, excessive drinking cause problem like damage of the memory and learning disabilities to students. It interferes with one’s vision leading to blackouts. So, teenagers who drink often usually think that alcohol gives them more energy. But the truth is alcohol is not and can never be an energy drink. It’s nothing but a depressant.

Alcohol drinking among teenagers affect the inhibition making them do thinks that they wouldn’t dare do if they were sober. For instance, many teenage girls get pregnant at an early age. Some drop out of school due to the mistake they commit by consuming too much alcohol and having unprotected sexual intercourse. According to studies, 12% of the teenagers aged between 15 to 17 years have unprotected sex. It happens when they are under the influence of alcohol or drugs usage. As a result, the spread of dangerous diseases such as HIV and STDs is more common among the teenagers. In some cases, girls are left with no choice when drunk since they cannot defend themselves from rape. Victims of rape cases usually undergo this when they drink excessively. With alcohol drinking, it only takes a moment or one night to mess up one’s life permanently.

Another problem associated with alcohol drinking is driving while drunk. This is one of the most causes of rampant death among teenagers. According to annual reports, the death rate of teenagers who drink and drive is very high. However, the government is doing everything possible to create laws restricting teenagers from driving when drunk.

While some parents bring up their children with high moral values and good behaviors, they get influenced when they get to high school. There are various types of friends in high school. some can be good while other can your one’s life by pressuring them to drink alcohol. The adolescent stage in teenagers is at its peak when in high school. Therefore, they tend to see find all means of becoming popular among the other student. With a great determination to achieve this, they end up landing among friends drinking alcohol. In most schools, 20% of the students drink alcohol. So in order to control this, strict rules and regulations should be set for the student to follow.

Regardless of the problems associated with alcohol drinking among teenagers, I believe there is a possibility that things could change. Most teens think that alcohol consumption is the only way to solving their life problem. However, this could be changed by educating them on other possible solutions to life and the dangers of alcohol drinking. Many teenagers in the society are pressured by their friends to drink or use drugs. So, parents should be more careful and learn more about the kind of friends their children hang out with. By doing this, am sure the rate teenagers being pressured to drink alcohol would gradually reduce. Keep in mind that a little alcohol won’t kill, but can lead to health problems and poor decision making.

To place your order!

With the above sample by homework assist, I am certain that writing a descriptive essay on teenage alcoholism won’t be difficult. When writing, remember to clearly present each and every point as shown by the homework assist guide. You need to learn how to create an image of what you are addressing in the back of the reader’s mind. This will help you come up with a good descriptive essay on teenage alcoholism. Also, encrypt your essay a good thesis statement. Adhering to these will probably help you write a good descriptive essay.