Character analysis essays are quite fun to write. However, most people end up scoring less in these essays. There is a tendency to divert from what is expected in the essay. Here is the step by step guide to help you write about your favorite heroes.

Don't use plagiarized sources. Get Your Assignment on
7 Ways of Writing a Character Analysis Essay
Just from $13/Page
Order Now 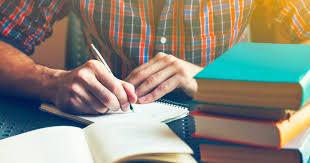 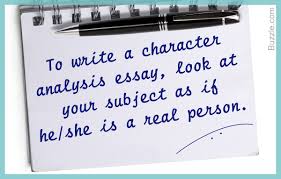 This is the person you would like to write about. At times, a character may be given. Other times, students may be asked to choose the character to describe. When choosing, ensure you focus on a one dimensional character. This means that the character is either purely good or bad. A character can either be a protagonist, antagonist, stereotype, major character, or a minor character. Try to avoid controversial characters as they pose challenges when it comes to describing them. In addition, choose a character that you can draw a lot of information from.

This is where most students make a mistake. They assume since they have already read a book, there is no sense of re-reading it. However, when it comes to describing a character, you must read the source material over and over again. Read and highlight the key areas where your character appears. Reading over and over again helps identify something that you missed earlier. Additionally, it helps you look at things from a broader and different perspective. 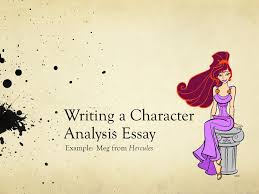 As you read the book or reference material, make sure you scribble something down. Underline the major elements or where the character appears to be playing a vital role. Try asking yourself questions such as; how is the author describing the character? How is the character reacting to the situation? How is the character helping to build and enhance the plot? Besides that, how is he or she impacting other characters? These questions act as a guide to help you come up with content for the essay. Ensure you answer these questions by writing the predicted answers down in your draft.

An introduction should captivate the reader to engage more in your essay. It should be short but very precise. Don’t describe the character using so many words. Leave that for the body. Introduce the character and explain the role he or she plays in the book. Leave the reader hooked to continue reading your essay.

The body should be divided into paragraphs just like any other essay. Each paragraph should contain its own idea. The body allows you to discuss the character in detail. If you stated that your character is a protagonist for example, this is the part you prove it. Justify all your arguments and accompany them with valid examples. Tell more about the character’s personality, roles, actions, and decisions he or she makes. Explain his key features that the author mainly highlights.

When doing so, use adjectives to help the reader paint an image in his or her head of this character. Tell how the character helps build the plot. If he or she is involved in conflicts, describe how they were solved. Consequently, show how the conflicts may have impacted the relationships with other characters. Do not leave anything to imagination. Always assume your reader has never read about the character in question. Remember to explain the major lessons the reader can learn from the roles played by the character.

The conclusion for a character analysis essay is similar to that of any other essay. It should contain a clear statement. Try to be as convincing as possible when writing your statement. Show how we can face problems or obstacles that the character faced. Paraphrase two or three major points you mentioned in the body and you think the reader must take note of.

Always go through your essay after you are done writing. Most times you realize there are a couple of grammatical and spelling mistakes. Take breaks before you re-read your work. It helps give you a relaxation period and may help identify errors not seen before. Ask yourself questions like; did I meet the set objectives? Did I divert from describing the character? Did I explain the character into detail? All these guidelines will help you nail your character analysis essay.